Home Deception Of The Age THE TELLTALE IS GONE- PACKAGING CAN BE DECEPTIVE!
Facebook
Twitter
WhatsApp
Linkedin
Email
Print 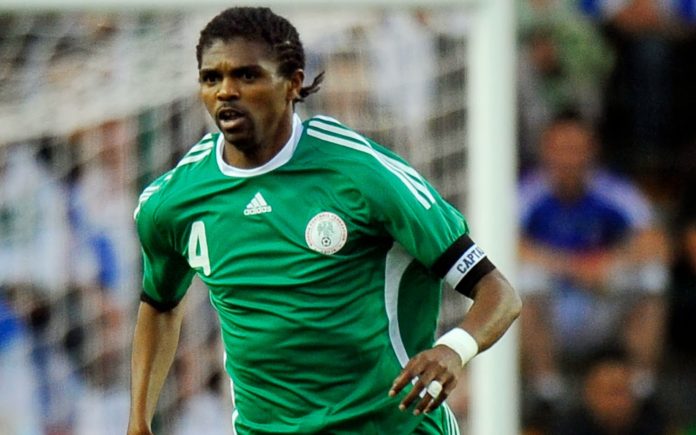 If you don’t open some scotch eggs, you may bite into rotten eggs. The packaging of a rotten egg covered inside mince meat, flour or bread crumbs doesn’t make it a nice snack. Be Warned!

Know that we are in the time of deception spoken of by the Lord Jesus and His Apostles; we are in a highly polluted world where deception thrives from the topmost echelon height to the grassadmins of the society. We are in a time when magicians do no longer parade themselves openly the way they used to be known. They do not have the known telltale as it was in the time of old. They don’t do body-art of decorating their bodies with shells and cowries, or rubbing local chalks on their faces to look fearful on the street or in the marketplaces like before. Everything is revolving in our present age and time.
Today, satanists, enchanters, necromancers, cultists, now dress in designer’s three-piece suits like you and me. They package themselves in expensive shoes, Giorgio Armani perfume and powerful eyeglasses to look tush. They even carry bigger Bibles these days so that you will not recognize them.

Our Lord Jesus Christ warned, “Beware of false prophets, who come to you in sheep’s clothing, but inwardly they are ravenous wolves. 16You will know them by their fruits. Do men gather grapes from thorn bushes or figs from thistles? 19Every tree that does not bear good fruit is cut down and thrown into the fire. 20Therefore by their fruits you will know them. 21“Not everyone who says to Me, ‘Lord, Lord,’ shall enter the Kingdom of Heaven, but he who does the will of My Father in Heaven. 22Many will say to Me in that day, ‘Lord, Lord, have we not prophesied in Your Name, cast out demons in Your Name, and done many wonders in Your Name?’ 23And then I will declare to them, ‘I never knew you; depart from Me, you who practice lawlessness!” MATTHEW 7:15-16, 19-23 NKJV.

One should ponder what is T.B. Joshua’ gain in deceiving, destroying, and killing people? The answer is simple ―as an agent of satan, T.B. Joshua need higher ranking in the dark world because their job is to kill, steal and destroy for their master to be relevant to him (John 10:10a).

Kanu Nwankwo, cheated death by not given heed to the ungodly counsel of T.B. Joshua. Kanu’s younger brother visited the Synagogue ahead of him on one Sunday gathering; we believe he was sent to check how things were on that faithful day. Possibly they had watched the Synagogue fake TV programs, hence, they came; or T.B. Joshua might have sent his underdogs on mission to locate them when he heard in the news about the ailing Kanu, to score cheap points as usual. In any case, Mr. Nwankwo himself was in the Synagogue the following week, on a Tuesday if I can remember vividly. T.B. Joshua brought him into the studio where I worked as the Synagogue editor/voice over artist to perform enchantment on him. To impress Mr. Nwankwo, it took T.B. Joshua more than 2 hours of shaking his right hand, and leg, and widening his eyes on this field maestro to intimidate him, under the best two camera-men which the Synagogue could boast of at the time (KK and Segun).

A brand-new Panasonic HD Camera bought from London was brought out from the store for this occasion, supported by the regular Sony M3500 camera were used. T.B. Joshua desperately wanted Kanu to fall flat on his face as a sensational show. T.B. Joshua engaged the young footballer with all his enchanting antics out of his demonic arsenal, but the tall gangling striker stood his ground before him like the rock of Gibraltar with his eyes wide opened fixed on T.B. Joshua.

After so much effort, and the guy refused to fall down, T.B. Joshua declared Kanu free of his heart problem, but common sense or should I say– destiny guided Mr. Nwankwo to seek a heart specialist for a second opinion. When he did, Aghast! The former prognosis was confirmed. T.B. Joshua was at it again, he lied! Kanu was not healed in the Synagogue as T.B. Joshua declared. Kanu surrendered himself to a heart correctional surgery against the backdrop of T.B. Joshua’s opinion, who continued kicking vigorously against the surgery decision as they wheeled the striker to the Theater. T.B. Joshua placed numerous telephone calls to Kanu on his hospital bed, reaffirming to him that he, T.B. Joshua had healed him. I was there when T.B. Joshua gave up and said on a final note to him, “If that is your manager’s decision, ok, but the doctors would find nothing when they cut you open.” It was pathetic to hear that the doctors found serious issues inside Mr. Kanu’s heart when they opened him up, which they corrected medically.

Of course, God can heal, the scripture said so, and He still heals JEREMIAH 30:17; ISAIAH 53:5; EXODUS 15:26.God heals in His sovereign will, since He created our body fearfully and wonderfully according to GENESIS 1:27; PSALMS 1239:14.He also gave the medical doctors grace and knowledge to treat. The medical profession acknowledged this fact by their motto: GOD HEALS WE CARE. Now, we must be careful on how we go about faith healing, because there are people like T.B. Joshua who carry things to an extreme of showbiz, and God has never intended healing that way. The point I am trying to make here is that T.B. Joshua is not of God, he is a magician, a performer, a conjurer, forecaster, and a sorcerer who has nothing of Jesus Christ, the true healer in him.

Finally, Kanu recuperated from the hospital after his heart’s correctional surgery and returned to the career he loved so much. He never gave a thought for the Synagogue or T.B. Joshua who would have sent him to an early grave. He did more good for himself, his family and the Nation at large. What if he had listened to T.B. Joshua as Ruben Kruger and other gullible did?

“We are in a time when magicians do no longer parade themselves openly the way they used to be known. They do not have the known telltale as it was in the time of old.”

When T.B. Joshua realized how he had lost ample opportunity to be famous through riding on Kanu’s name and achievement; and the medical personnel had stolen his show; T.B. Joshua became frantically desperate to reclaim the lost ground. First, to fan his ego, T.B. Joshua invited some cheap and lay-about journalists who frequently eat crumbs under his table, and released the video tape of him presumably administer healing to Kanu to them (what he knows best to do), blowing tantrum by claiming to have been the one who healed Kanu, stupidity plus illiteracy blinded him so much that he forgot how millions of people all over the world had kept Kanu in their prayers while he was under surgical blade. To drive his point home, T.B. Joshua showed the journalists the photo frame of one funny jesus which he had presented to Kanu as a souvenir and begged the journalists to help him leak and circulate the news to the gullible public. The efforts of circulating the news had no positive impact on the populace. Sensible people knew how Kanu was operated upon to correct his heart malfunction. The soft sell journalists only wasted their time and journalistic intelligence on T.B. Joshua’s cheap destructive fame pursuits.

(Culled from THE T.B. JOSHUA I KNOW- DECEPTION OF THE AGE UNMASKED)


Everything is revolving in our present age and time. Today, satanists, enchanters, necromancers, cultists, now dress in designer’s three-piece suits like you and me. They package themselves in expensive shoes, Giorgio Armani perfume and powerful eyeglasses to look tush. They even carry bigger Bibles these days so that you will not recognize them. Our Lord Jesus Christ warned, “Beware of false prophets, who come to you in sheep’s clothing, 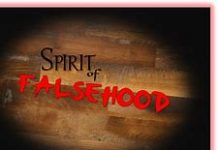 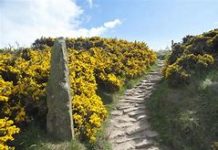 What The Bible Says 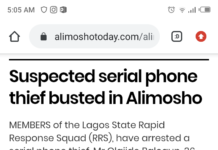 Shame Unto False Prophets- They Come In Different Shades

STAND YOUR GROUND, EVIL ON RAMPAGE!