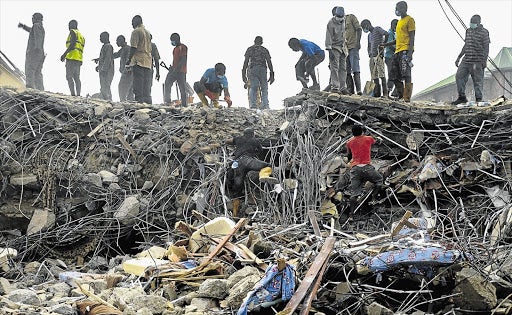 6 YEARS ON… When Will The SCOAN’ Victims Of Collapsed Building Gets Justice?

When I left the Synagogue, ‘church’ of all nations in the morning of Friday, 8th February, 2008, the gates of going to crusades in different countries were shut on TB Joshua until 6 years afterwards in 2014, the year of huge human sacrifice in the Synagogue, when TB Joshua collapsed one of his building on innocent people. If the victims had known that the journey they planned to embark on would become a journey of no return… only if they had known. They would have adhere to Jesus’ Message in John 4:21-24.
Our Prayers and thoughts are still with the families of the victims.

It was exactly 3 month after Abdul-Fatai Balogun alias TB Joshua celebrated his infamous birthday on 12th, June, 2014, 6years ago today that over 115 vulnerable, gullible and naïve people from different nations headed to the Synagogue �?church’ of all nations, Ikotun-Egbe, Lagos, Nigeria in desperation for miracles. In need for succour, healing and encounter with God, but ended dying violently when a building suddenly collapsed completely to the ground on top of them.

Though that incident was not new in the demonic Synagogue of TB Joshua, every insider in the Synagogue know how occasional incident like this occurs to take lives of people in gruesome manner, but that of 12th, September, 2014 could not be covered up like many others, and it has entered into the record of Wikipedia for generations unborn to read and be wiser. Never in the history of the Church of the living God has the children of God suffered such terror and calamities in the hands of a fraudster, and a satanic agent like T.B. Joshua, this is calling for returning to the Lord as the scripture says in Zechariah 1:3.

Many breadwinners are gone unprepared, leaving their protégés at the mercy of life, God is faithful always.

Intelligent Nigerians knows how T.B. Joshua has become embarrassment to Nigeria as a country and to Nigerians. What more could prove this charlatan, con-artist is a dangerous false prophet than him not been able to see the collapse of his own building which killed over 116 gullible foreigners, and uncountable unaccounted-for Nigerians. But he is very quick to put out his over-edited videos and Photoshop pictures, purporting to have predicted many disasters happening around the world to make himself look relevant, but right in his own compound, under his watch, he could not predict those that add up to the number of people that perished in his own house. T.B. Joshua is a psychopath with zero empathy for the victims of tragedies as he releases fulfillment of false videos to corroborate lies.

Now, read this: This is neither allegation, nor speculation; I will speak and write as one who once lived inside the Synagogue for over a decade, and work in various departments in leadership capacity and closely to the direct source, I know some deeper truth about T.B. Joshua and the Synagogue. There are two major reasons pointing to the collapse of the Synagogue, I cannot be wrong in both ways, the first assertion is final:

Since I left the Synagogue in 2008, (for over 6years) to 2014, T.B. Joshua was not able to travel outside the shores of Nigeria to perform his usual scam crusades; but in the year 2014 before the collapse and shortly after the collapse, gateway was open for T.B. Joshua through the huge human sacrificing both locals and foreigners souls in one swing, and he went over to South Korea, Mexico, Paraguay, UK, Israel, Panama etc to display falsehood. Never in the history of the Church of the living God has the children of God suffered such terror and calamities in the hands of a fraudster, and a satanic agent like T.B. Joshua, this is calling for returning to the Lord on the part of genuine believer and followers of Christ Jesus as the scripture says in Zechariah 1:3. The more reason why people should know their Creator personally and serve Him devotedly wherever they may be, rather than running helter skelter to prayer arrangers, especially places like the Synagogue �?church’. The Synagogue is not a Church of Jesus Christ, T.B. Joshua is not a Christian, and I am warning everyone in the Synagogue to be at alert because you can never tell when T.B. Joshua’s demons intend to strike to unleash mayhem on the innocent people in the compound of the Synagogue. TB Joshua buried many demonic things and swords all around the Synagogue, which also is in the logo of the Synagogue.

To further confirmed what I enumerated above, Brother Nkechi, one of TB Joshua’ �?disciples’ said he was called into T.B. Joshua’ office to conduct some strange looking men round that particular collapsed building site, and he noticed how they walk round the building three times before they left, and the unimaginable happened a week after their visit. He said they return after the collapsed and did the same walking round at the same spot where the building collapsed.

One certain time, the Synagogue was expecting large number of visitors from South Africa, and few days later, unexpectedly, one Mr. Adebayo, a prophet from Japan call into the Synagogue to inform us that he would be leading 100 Japanese religious tourists to the Synagogue. Faced with problem of accommodation space; greedy T.B. Joshua does not want the expected visitors to stay in hotels outside of the Synagogue because he does not want to lose the money the Japanese visitors come with. So, T.B. Joshua instructed that they should put unplanned new layer of floor on top of a building within a short period of 2 weeks that will accommodate the expected guest. Masons/workers work day and night including their supervisors (�?disciples’); and building process was not duly followed. The very day the visitors arrived, while they and their luggage were delay at Murtala Muhammed International Airport, Lagos; wet plastered walls were being hurriedly painted in the Synagogue; and plumbers also were busy still fixing water faucets, and other convenient fittings. Everywhere smell fresh paint, putting the visitors and their coordinators at risk. This is the story of a greedy man called T.B. Joshua.

It is not surprising in July 2015, when the coroner released its report on the Synagogue’s collapsed building – proving that the collapse was inevitable due to a litany of serious structural failings, for example:

The coroner, Oyetade Komolafe ruled that SCOAN was criminally negligent, and should be investigated and prosecuted, “SCOAN was culpable because of criminal negligence resulting in the death of the victims.” (Source: BBC). This is on the net for everyone to see.

Paid Gullible youths, Journalists, and Nollywood Celebrities used by TB Joshua against the Judiciary.
They protest with placards on October 24, 2014 outside the Ikeja High Court in Lagos during a hearing into the cause of the September 12 collapse at a guesthouse of the Synagogue Church of All Nations (SCOAN), which killed 115 people, including 84 South Africans. A coroner on October 24 ordered one of Nigeria’s most popular preachers to give evidence at the inquest. TB Joshua’s lawyer, Jude Nnadi, had argued at the hearing that his client would not be able to come in person “because he was not an eye-witness” to the tragedy. But coroner Oyetade Komolafe overruled him and summoned the popular televangelist, known to his followers as “The Prophet”, to appear on November 5 because his evidence was crucial. AFP PHOTO / PIUS UTOMI EKPEI (Photo credit should read PIUS UTOMI EKPEI/AFP via Getty Images)

Supporters that were hired by TB Joshua hold T-shirt shared to them during the ruling of the coroner’s inquest on the collapsed guesthouse of Joshua’s Synagogue Church of All Nations (SCOAN) at the Lagos High Court, on July 8, 2015. A coroner on July 8 said a megachurch run by popular Nigerian preacher TB Joshua should be prosecuted after a building collapse killed 116 people, most of them South Africans. AFP PHOTO / PIUS UTOMI EKPEI (Photo credit should read PIUS UTOMI EKPEI/AFP via Getty Images)

A South African official Funeka Ndungane (R) discusses Tee Mac who pimps Nollywood artists for TB Joshua. Omatshola Iseli in the Coroner’s courtroom at the Lagos High Court on October 13, 2014. A coroner’s inquest was opened and adjourned in Nigeria on October 13 into the deaths of scores of people who were killed at the TB Joshua’s Synagogue Church of All Nations. AFP PHOTO/PIUS UTOMI EKPEI (Photo credit should read PIUS UTOMI EKPEI/AFP via Getty Images)

In June 2016, the trial started, and T.B. Joshua criminally went behind to hire/rent some miscreants, scrupulous entities from Nollywood ranks and other places as agents to bring the government to its kneel, and to seduce the judiciary. People were seen in court premises carrying various placards with intention to intimidates the government through the inscriptions they bare, shouting war songs and with innuendo remarks, a repented insider amongst them later informed me that every person present in court was rewarded 200,000 naira each ($600) of blood money from T.B. Joshua; and the Synagogue provided transportation that conveyed them to and fro; only God knows the amount of money he pass through to the people on the bench because after couple of days all the shenanigans of the judiciary went silent without conclusion. SCOAN have not been cleared of the charges – where is the justice for the many families who lost their loved ones, bread winners, head of families, or those whose lives will never remain the same again due to their horrific injuries? We believe Lagos State Government can do better than what they are doing presently. We need to keep the families of the departed in our prayers to be strong, and continue to use this sad occurrence as warning to others who are in habits of looking for spiritual arrangers and false prophets. Stay in your homes and cry out to God, He promised to answer you whenever you call on Him JEREMIAH 33:3. The same God of the mountain is still God in the valley, He is the God everywhere; don’t act in unbelief by travelling up and down.

Our prayers are with the families of the departed 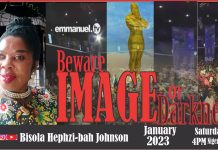 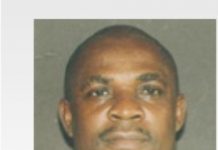 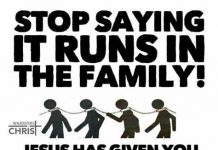